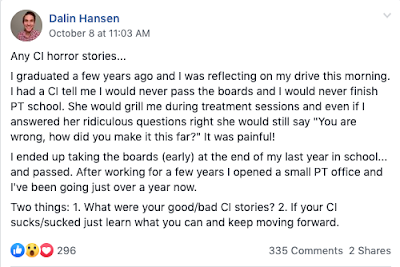 Creating a PT Clinic: Is It Worth It?

My time has been pretty much dedicated to getting a clinic up and running so I have neglected this blog but wanted to report I am continuing to create a PT in myself. I am continuing to grow and push myself as a PT to make myself a better person.

Here is a vlog update on whether or not opening a clinic has been worth it.

Posted by Dalin Hansen at 7:54 PM No comments: